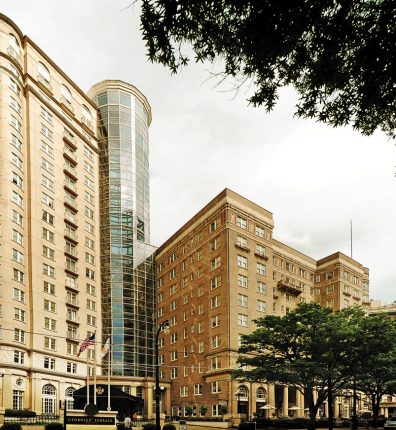 Grand yet welcoming, The Georgian Terrace is the epitome of true Southern hospitality. Built in 1911, this historic icon soon became known as  “The Grande Dame of Atlanta.” Modernized in 1991 with the addition of a new tower, the hotel remains a celebrated architectural masterpiece situated at the heart of Atlanta’s Midtown Mile, directly across from the world-famous Fox Theatre and adjacent business and commercial districts.

Take me to Atlanta

A taste of the South

The Georgian Terrace is home to Edgar’s Proof & Provision, a Prohibition-style bourbon bar known among locals for its artisan craft cocktail menu and mouthwatering small plates.

A member of the Historic Hotels of America,  The Georgian Terrace opened in 1911, and many of the original architectural details—including floor-to-ceiling windows and majestic marble columns—are still in place today.

The Georgian Terrace holds a special place in Hollywood history. In 1939, it hosted the official “Gone With the Wind” pre-premiere party, and continues to play host to many television and film productions taking place around Atlanta today.